The Nationals Member for Gippsland South, Danny O’Brien is continuing his campaign to create new jobs in Central Gippsland through the expansion of local irrigation.

Speaking on the Water and Catchment Legislation Amendment Bill in State Parliament this week, Mr O’Brien highlighted the opportunities for new jobs and industries through irrigation development in Central Gippsland, particularly along the Latrobe River.

“I have been working for some time to free up water availability to expand our irrigation industry in Central Gippsland,” Mr O’Brien said.

“There is 25,000 megalitres of unused water sitting in the Latrobe system that could be put to good use to support more jobs and industries in agricultural and horticultural production.

“This was water set aside many years ago for a power station that was never built, and it literally sits in Blue Rock Dam unused.

“Making this water available to the farm sector would have no impact on environmental flows in the Latrobe or the lower Latrobe Wetlands which are getting a very good drink at the moment. 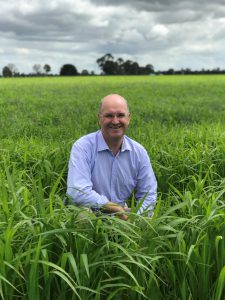 “I’m pleased that the State Government has heeded my calls and has undertaken an irrigation development study for the region, which I believe shows good opportunities on both the Latrobe and Avon Rivers.

“We now need to action this study and provide the water that is needed. This is a pretty unique situation as there are very few catchments anywhere in Australia that have unused water that could be developed in an economically and environmentally sustainable manner.

“I’m a firm believer of ‘build it and they will come’. If the government makes the water available, then we will see expanded development that will create jobs and new industry in our region.

“In a climate constrained future, Gippsland’s reliable rainfall and rivers will be very attractive and will help us transition away from coal mining and energy production into long-term and sustainable industries.

“I again call on the Labor Government to release the unused power station water and help our region transition to a better future.”

Need help with an Issue?

Win for schools in Yinnar and Leongatha